Q: Who are you and what do you do?

JB: I’m an artist and writer based out of Chicago. I’ve been making comics a little over 4 years now. I also co-own a small combat sports-themed clothing brand with a focus on Japanese pro wrestling.

Cam: My name is Cam del Rosario and I’m a cartoonist. I’m just another dude.

What work have you done that you’re most proud of?

Cam: Echoing JB’s sentiment, I also have to go with nothing for this answer. It’s not that i’m not proud of myself for getting books out, but the moment that I have the final printed product in my hand, I immediately find things wrong with it and always want to be better the next time around.

Which artists or writers impacted your work and got you in to the game? Do you have any peers that influence your work?

JB: Aaron Conley, a comic artist that’s also from my hometown, basically taught me how to make comics when I was a kid, and he was very supportive when I started to actually take it seriously much later down the road. Most of that is because of a local toy designer in Chicago, Ben Spencer, who found me on a toy forum and invited me to table with him at C2E2. This ended up being my first convention, and it got me into making comics/zines by proxy. Without either of those two, I probably wouldn’t be doing any of this. There’s a ton of other important people who helped me along the way, but those two specifically had the biggest long-term impact I’d say. In terms of artists that influenced me, they’re pretty standard: Daniel Clowes, Charles Burns, Jack Kirby, John Romita Sr., David Mazzucchelli, Tony Moore, Goran Parlov, etc. There’s a lot of local talent that have informed my work, like Jeremy Smith aka Onsmith, Paul Nudd, Anya Davidson, Bianca Xunise, Sage Coffey, Brad Rohloff, Chloë Perkis, Enrique Guerra, Nicole del Rio, and Yewon Kwon to name just a few.

Cam: I think all of my peers influence my work. We’re all in this racket together and in addition to making me want to work harder, they make me want to get better so that I can eventually be on the same level as they are. As far as artists that impacted my work, I’d go with your standard answer of the Hernandez brothers, Adrian Tomine, Herge and Ernie Bushmiller. When it comes to getting into the game, I wouldn’t be doing this if a dude named Javier Suarez never showed me how to capitalize on making comics. He’s an artist out of Chicago that found me online and we collaborated on a book. He took me around with him to different shows to table and sell the book and the rest is history.

In a medium that’s increased in mainstream awareness over the last several years, have you noticed any changes during those years that have impacted your work?

JB: Not really to be totally honest. If anything, the mainstream awareness has made the medium even more misunderstood across the board. It’s sort of frustrating. Nowadays, they just use comics to hype and promote movies and TV shows because these companies know that’s where the real money is at.

Cam: None of the things going on in mainstream comics really affect my work. I hope that doesn’t come off as snobby, but I just don’t make comics that I think would fit into that “mainstream” genre. Not to say that I don’t have my ear to it, I still read Batman and some other stuff from the big two (Marvel & DC) but it’s like stuff that you read when you wanna take your brain out of your head and just be entertained by something dumb.

What are some of the meaningful interactions you’ve had regarding your work?

Cam: I’m appreciative of any and every one that buys a book from me. The fact that my work gets purchased by people blows my mind and it’s meaningful. People will message me and say nice things, which is always cool but I try not to take too much of that into consideration because I still hate my own work for the most part. But it’s healthy, I hate it because I just want it to be better and in some weird way, that makes me work harder. It’s cool to go to shows though and interact with other cartoonists that you considered idols and “celebrities” and it’s always memorable/meaningful when they remember you and stop by your table or say hello at another show down the line.

What advice would you give to someone who is looking to get in to independent comics?

JB: Don’t. Just kidding (sort of). I’d say just keep making your own stuff and make as many mistakes as you can along the way. Don’t be afraid of making something bad (you will). That doesn’t matter. What matters is making comics and racking up a body of work that you’ll learn from. You need to have a sort of tunnel vision with this, like any creative endeavor, and ignore the rest. And don’t be afraid to ask for help along the way. There are plenty of people in the community, especially online, that are willing to assist if you’re not a dick about it. What matters the most is just doing the work, because that’s how people will notice you and take you seriously in any way. And whatever you do, do not let others undervalue your work. Time = money, so the more work you put into it, the more your work should be valued.

Cam:  Don’t do it! And if you are gonna do it, don’t ask for advice and just do it.  7. In your years doing the work, what are the important lessons you’ve learned?JB: I wouldn’t call them lessons per se but I’ve definitely figured out that making comics is a fool’s errand. You will make absolutely no money unless you do something in media adjacent to comics, and most people will happily lick a boot if it means getting even the smallest amount of recognition or getting in good favor with certain talking heads and industry types. That being said, it’s been very personally rewarding and I can’t say enough good things about the great people I’ve met and grown to admire and respect from doing this dumb racket.Cam: Talk to everyone and continue to be a student of the game. Also, the inside pages of a comic matter, but you gotta hook em in with a good cover. The old saying goes “don’t judge a book by it’s cover” but to be honest, everyone judges a book by it’s cover so make it good. Oh, and don’t sit down at your table when you’re at a show or else you won’t sell anything.

JB: Hard to say to be honest. I’m kind of winging it every single day. Mostly it’s just me trying to stick to timelines and making sure I get past the initial bumps of getting the project going. If it’s clothing stuff, I usually will have some initial ideas that I then build off of and see which one has legs sooner and go from there. With comics, it’s a little more premeditated and I’ll often sit on a story or idea for a while before it germinates.

Cam: My production pipeline is like this: I know what shows that I will be doing/have to be at about 6 months to a year ahead of time. In  my head, I tell myself that I’ll start working on a book 6 months before the show season starts. What actually ends up happening is that I’ll just do everything besides work on comics and before I know it, I have 2 months before the show and 24 to 36 pages to finish and I have an emotional breakdown every day until I send it off to the printer. It rules. 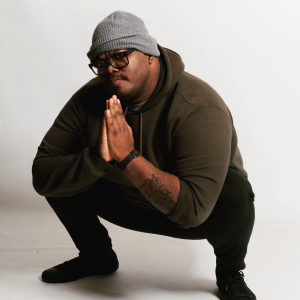 This interview originally appeared in the March 3rd issue of Out Here.

I totally forgot to send out April's Out Here. Forgive me

This interview originally appeared in the February 3rd of "Out Here"